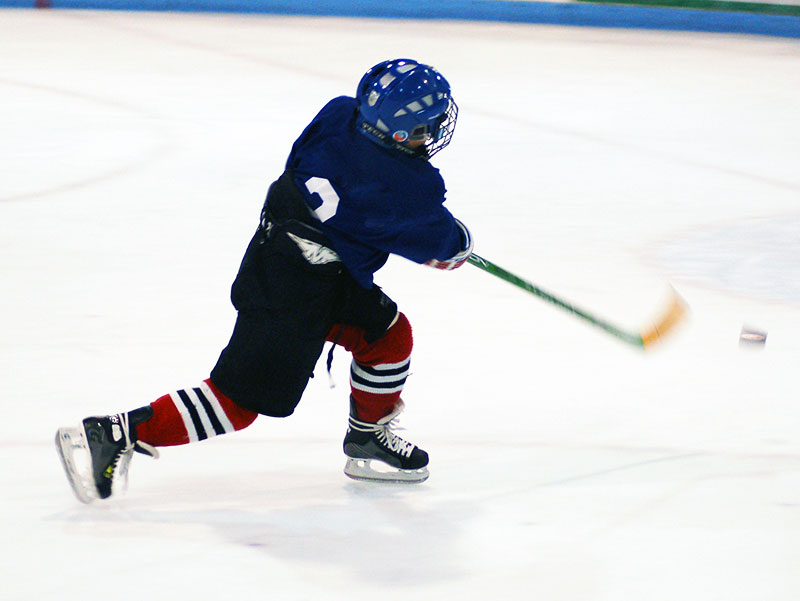 This is the 3rd part of a four part series on Coaching Strategies for Minor Hockey (Coaching Philosophy, Building the Team, Approach to Practices & Game Strategy).  You can find the complete series at www.adrenalinedesign.ca/blog/.

Push them beyond their capabilities.

You’ll be surprised what kids can do if you challenge them. Though not as fast, our kids were doing flow drills that the Atom double letter teams were doing. Give them something to work towards. They will also gain confidence as they learn to master these drills that they once saw as being “really hard”.

Be prepared for practices.

Decide well in advance before each practice what the team needs to work on and put a detailed practice plan together that addresses those weaknesses. I typically spent about 5 minutes after each game with my assistant coaches going over what went well and what we needed to work on. I emailed my practice plans to my assistant coaches before each practice so that they could come prepared for practice.

Be patient. Eventually they’ll get it.

For those that have played or coached hockey for many years, some concepts are second nature. It’s sometimes tough to understand how the kids don’t see it. Be persistent and patient in continually reinforcing the concepts you’re trying to teach. They will eventually get it!

Focus on developing all your players, especially the weaker ones.

Your team will only be as strong as your weakest link. For the most part, we gave all our players equal one-on-one coaching attention in order to give all players an opportunity to improve. And remember, all kids learn differently. At the end of the season, my weakest player set up the winning goal that secured 1st place for our team.

Have variety in your practices drills.

We had a balance between recycled and new drills. For the recycled drills, we tried to emphasize a different element to the drill each time we did it (e.g., strong crossovers, stick-handling with head up, crisp pass, etc.) in order to keep it fresh and work towards “mastering” the drill. The new drills typically revolved around working on an individual (e.g., shooting, D gap control) or team element (e.g., breakout) that we identified as a weakness during the previous game.

We designed our practices in a way that tried to minimize the amount of time kids were standing around. Because we were lucky to have 3-4 coaches on the ice during practices, we were able to incorporate station drills into the practices which also helped reduce downtime.

Maximize your time on the ice.

Ice time is precious. I spent 3-5 minutes before every practice with the other coaches going over the practice plan to make sure they understood the drills and the important teaching points. For tough, new drills, we introduced them in the dressing room before practice. And we had names for our most popular drills (e.g., “AAA” Drill, “Pucks in the middle” Drill, “Center blue” Drill) in order to save setup time for both players and coaches once we were on the ice.

Keep on ice talks with the kids brief.

As a general rule, 10 seconds max. In order to save time, when starting a new drill or if a drill involved having to “change sides”, I would take the opportunity to speak to the kids on the important teaching points that they needed to focus on while my assistant coaches were setting up.

Don’t forget about your goalie.

When designing my practice plan, I made sure to take into account what our goalie would be doing throughout the practice. We also had a coach dedicated to working with the goalie throughout the practice focusing on positioning, technique, etc. And, as often as possible, we had a 2nd goalie (e.g., a call up, sibling) join our practices so the players were shooting at an actual goalie and not an empty net.

One of our goals for the season was to improve. We thought what better way to confirm improvement than with numbers so we did some very simple baseline testing in one of our 1st practices. We did follow up testing at the end of the season and the numbers were through the roof. Kids felt like they had accomplished something and encouraged them after all their hard work.

If you are interested in a sample of our “Baseline Tests”, send me an email at rob@adrenalinedesign.ca.

Next week, we’ll take a look at our GAME STRATEGY.