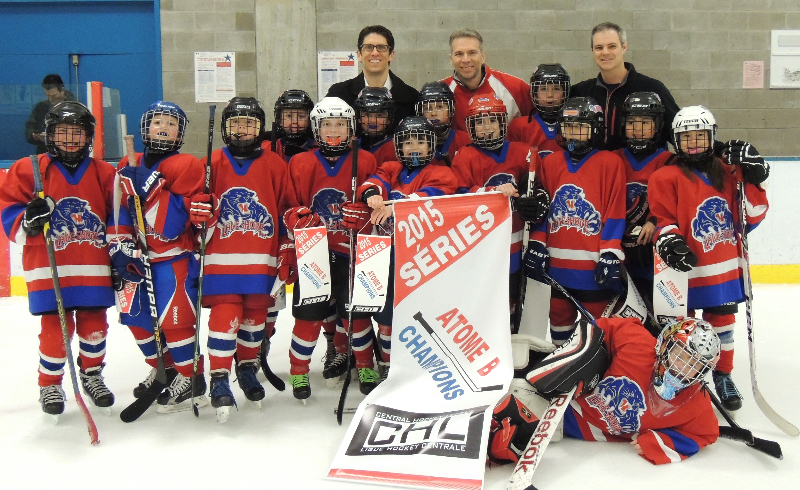 This is the 4th part of a four part series on Coaching Strategies for Minor Hockey (Coaching Philosophy, Building the Team, Approach to Practices & Game Strategy). You can find the complete series at www.adrenalinedesign.ca/blog/.

Approach each game as a key milestone in the team’s journey to improve.

Each game is an opportunity to apply the things you’ve learned in practice and gauge your team’s progress. Again, we did not focus on the winning. I’ve seen many weaker teams improve during the year only to compete and win championships by season’s end. Similarly, I’ve seen strong teams peter out by season’s end because they were never challenged to improve.

Don’t ever let them see you sweat. Season, tournament or playoff game, treat them all just like any another game. The kids (and parents!) feed off of your energy – both verbal and non-verbal. If you’re tense, they’ll be tense. If you’re calm, focused and confident, so will they.

Set up team metrics and consistently measure yourself against them.

We focused primarily on three key metrics – # total passes, # shots for and # shots against. We talked about these numbers after every game and we all had fun seeing if we had hit our targets and if we had improved from the game before. The scoreboard is not always the best measure of success. Focus on player development, not the score.

In addition to our team metrics, we set 3 or 4 specific objectives for each game e.g., puck battling with two hands on the stick, hard back-checking on change of possession, correct D body positioning in front of own net, etc. And we would ask the kids at the end of each game how they thought they did. By focusing on improving and not winning or losing, the kids played a lot more relaxed and had a lot more fun.

Talk to our players one-on-one before and after every game.

I took 2-3 minutes before and after each game to go around the room and have a very quick, personalized, one-on-one with each kid. I talked to them about what they were doing well and what I want them to work on that game. When your players improve, your team improves.

Be humble in victory and challenged in defeat.

We discouraged excessive show-boating and refrained from any type of goal celebration after a 4-5 goal lead. We also saw defeat as an opportunity to identify areas to improve upon. Some of our biggest learning moments were after a loss.

We had parents filling water bottles, helping to tie skates, taking statistics, giving rides to practice, even bringing snacks for kids after the game. And we encouraged the parents to come into the dressing room 10 minutes after a game (win or lose) to celebrate with the kids. The success of the team really became a family affair that everyone participated in.

Listen and learn from your assistant coaches.

Don’t pretend to know everything. It’s impossible. Your assistant coaches will see things you don’t. Ultimately, you still need to make the call but be sure you’re making the best decision based on the best information available.

Ensure a consistent message to the kids from the coaching staff.

Just like good parenting, be sure to be consistent in your message to the kids. Make sure all your coaches are ‘singing from the same song sheet’ – especially when it comes to tactical play.

Don’t over coach from the bench.

Part of a player’s development is learning how to read and react during a game. Talk to players when they get off the ice and ask them what they might have done differently. I try to coach from the bench only in critical situations where a goal could be scored for or against us.

We did not select a “Player of the Game” or “Three Stars” because we found it encouraged individual play. Though, we would often recognize a player in the room after a game for an outstanding play (e.g., nice pass to set up a goal, hard back-check to stop the other team from scoring, sacrificing the body for a blocked shot) – all with the intention of reinforcing and encouraging the type of play we were striving for. In terms of rewards, we did set team objectives (which never included “a win” by the way) and rewarded the team e.g., Gatorade, when they were met.

That concludes our four (4) part series on STRATEGIES FOR COACHING MINOR HOCKEY. If you are interested in a copy of the complete article, send me an email at rob@adrenalinedesign.ca. I’d be happy to share it with you.

HAVE A GREAT HOCKEY SEASON!