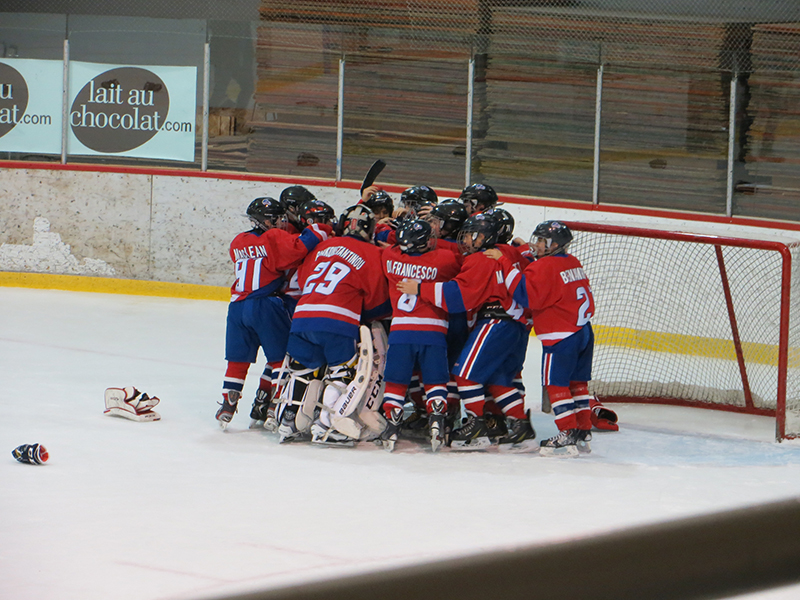 It was my 1st year head coaching a hockey team and I had reservations about the season ahead. I had heard stories and seen firsthand, instances of overzealous and delusional parents, “un-coachable” kids and the overall frustration of hockey families that had invested so much time and money into an activity that frankly was not generating much of a “return on the investment”.

We’re now at season’s end and my Atom B team (9-10 year olds) just won the divisional playoffs. We also finished 1st overall during the regular season with a 13-2-3 record in a 13 team league. We’re now in the semi-finals of the Regional Championships competing with all the best teams from the area for the overall title. Overall, kids, parents and coaches are all happy. It has been a special season so far.

I just received an email from our league’s single letter convenor congratulating us on our season, encouraging us to “continue doing” whatever it is we’ve been doing and “win the Regionals”. After reading the email, I got to thinking and asked myself, “What exactly have we been doing anyways? What’s been the key to our success?” So I decided to write down some thoughts and share it with other coaches like me. I broke my thoughts down into four (4) parts – COACHING PHILOSOPHY, BUILDING THE TEAM, APPROACH TO PRACTICES and GAME STRATEGY which I’ll be sharing with you over the next several weeks.  You can find the complete series at www.adrenalinedesign.ca/blog/.

This was our COACHING PHILOSOPHY:

Focus on the important things that lead to winning. We focused on three things: hard work, improving and having fun. And we reminded the kids often of these key priorities.

Whether you’re picking the starting lineup for a game or selecting a game captain/assistant (we rotated), we rewarded those kids that worked hard. We also challenged players when we saw they weren’t giving 100% or had missed practice without a good reason.

No one is bigger than the team.

I treat all my kids as if they’re special. Other than the name on the back of her jersey, you would not be able to tell who my daughter is based on how I treat her when we’re at the rink. Same thing applies to my “star” players.

Be respectful towards your teammates, coaches, opponents and the referees.

As in life, we challenged our kids to be respectful of their peers and authority. Though tough at times, we coaches were also challenged to do the same. For us, this was important in order to set a good example for the kids.

Do not tolerate any type of bullying, unsafe or disrespectful behaviour.

I know. They’re not your kids. But if you want to create an environment that promotes learning, teamwork and team commitment, these are the types of behaviour that you need to eliminate from your dressing room altogether.

Next week, we’ll take a look at BUILDING YOUR TEAM.